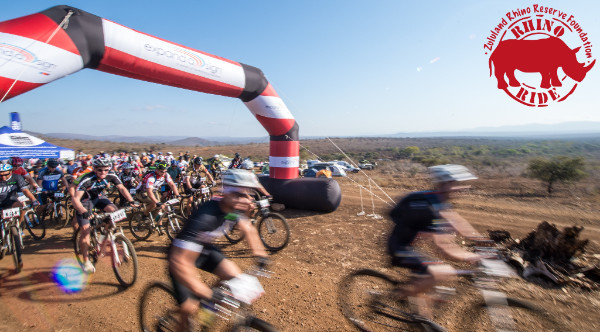 Each year we ask ourselves “can we raise more money for the Rhino than we did last year?” and each year we are blown away with your generosity. Together we have raised an incredible R663 352 for the protection & conservation of our Rhino on the Zululand Rhino Reserve (Now Manyoni Private Game Reserve).
When the #RhinoRide began in 2012 & raised R123 000, we never imagined that in just 4 years we would exceed half a million rand! Over the past 4 years the #RhinoRide has brought in a total of R1’836’000 for rhino protection. This shows the dedication and generosity of each and every person who comes together over the weekend to make it the success it is today – THANK-YOU! 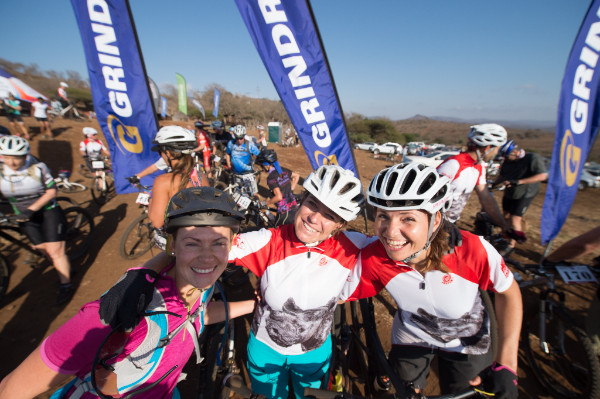 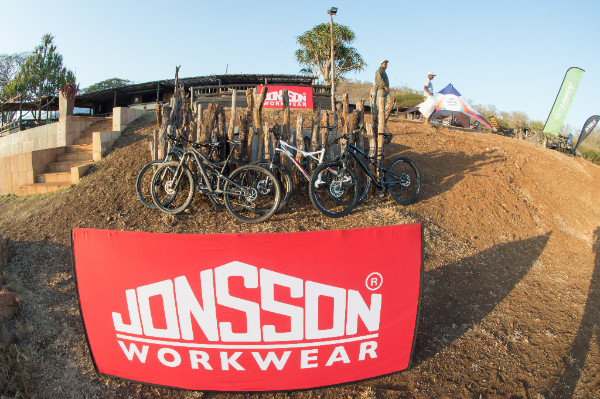 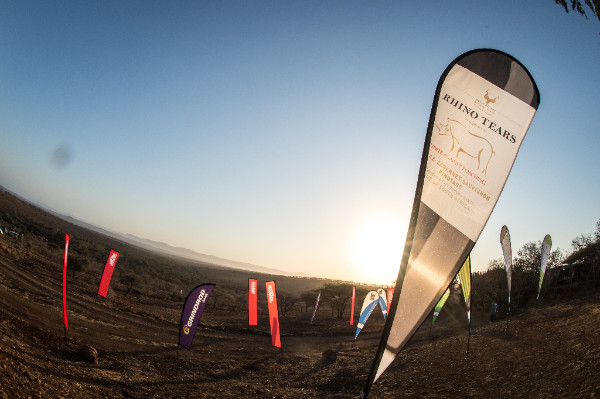 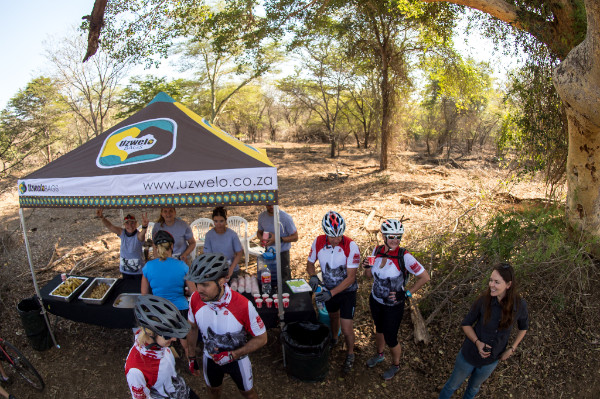 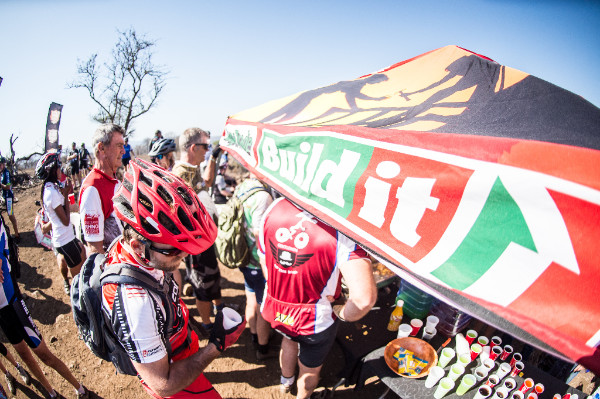 A special thanks must go out to our sponsors, who each year give more and more to our event. Grindrod Bank, our anchor sponsor, who not only assist us financially, but also provide a great deal of direction and encouragement throughout the planning and execution of the Rhino Ride. The Supatrade Group, who keep the cyclists nourished en route and provide us with all the fittings and fixtures for the showers & electrics. Jonsson Work Wear, who came on board this year with the sponsorship of the T-shirts. The inspirational team from Uzwelo Bags, who not only sponsored the unique goodie bags, but who also managed to get a whopping 587 Uzwelo School Bags pledged at the Rhino ride, these will be handed over to the Manyoni School in November! Rhino Tears Wines, who yet again had you all watered and fed during the ride, as well as donating the cold beers at the finish that went down a treat!. 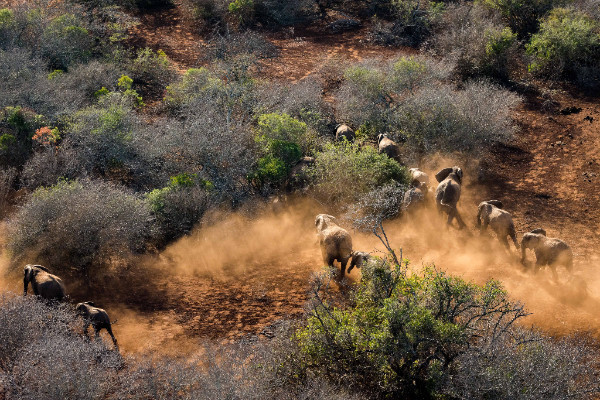 Karen Odendal, Manager of the ZRR (Now MPGR) has this to say about keeping the cyclists safe among the BIG 5!

It was a truly wild ride this year and the behind the scenes coordination was challenging to say the least. By 7:30 am all marshals were on station and we were ready to roll, but of course the calm didn’t last long and soon after the last batch of riders left the start we had obstructions en route. Marshall station three reported a herd of Elephant on route, and as Murphy would have it, a few minutes later one of the big male lions decided to show up too, so a few riders had to wait while the hairy and scary creatures moved off.

To make life just a little more exciting for those of us responsible for the safety of the riders, the helicopter with the camera crew spooked the elephants and of course the herd then headed toward the route again, a few nail biting minutes passed and the elephants were moving away so we could continue uninterrupted. To avoid any more surprises from our inquisitive elephants I decided to call in the ZAPwing fixed wing aircraft to keep a close eye on them and their movements.
Riders absolutely loved the single track which required some skill to ride at pace, and absolutely hated the big climb before the last water table, but their hard work was rewarded with a craft beer tasting close to the finish.

A lioness and her cubs were seen in the riverbed near the track, and again I had to stop the riders at the water table under the big fig tree to allow the marshals to relocate the lions and ensure the route was safe.

The route along the fever tree forest that hugs the riverbed was surreal.

I was marshaling in the river where riders crossed through the river bed and was thoroughly entertained by the riders gearing down and peddling strong to get through the thick sand. Some made it and others faded in a heap. All is well that ends well with a few minor injuries and big smiles. 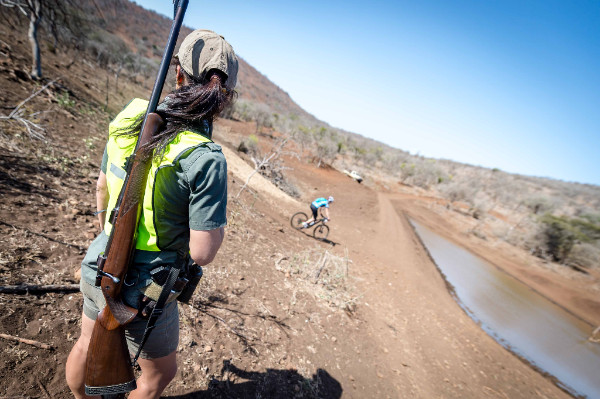 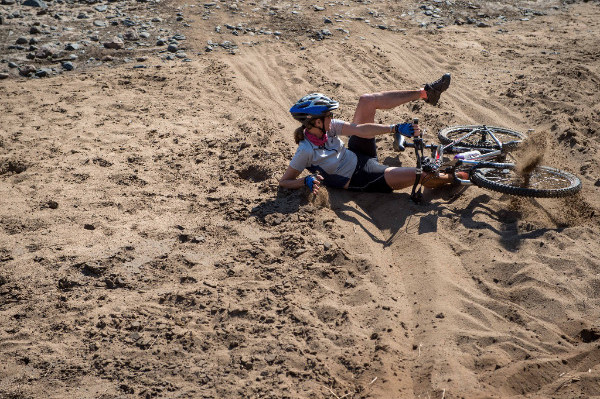 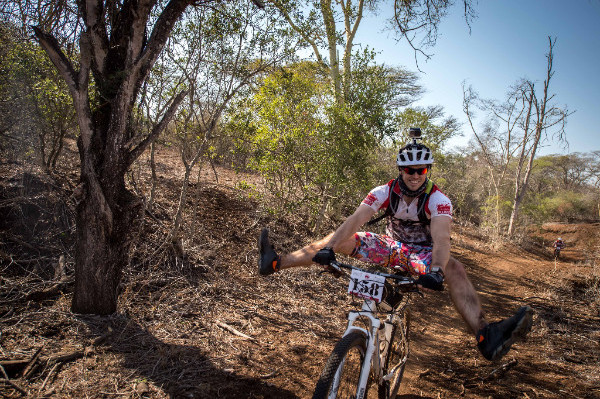 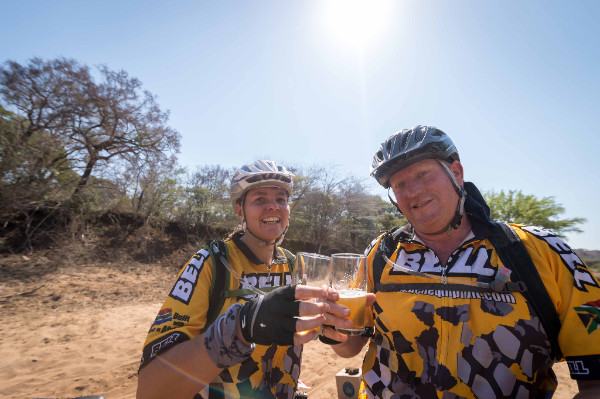 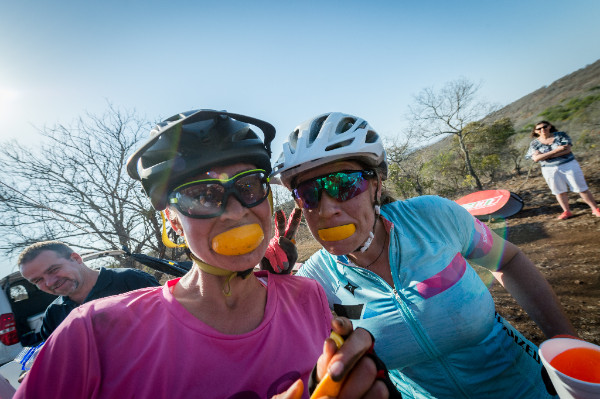 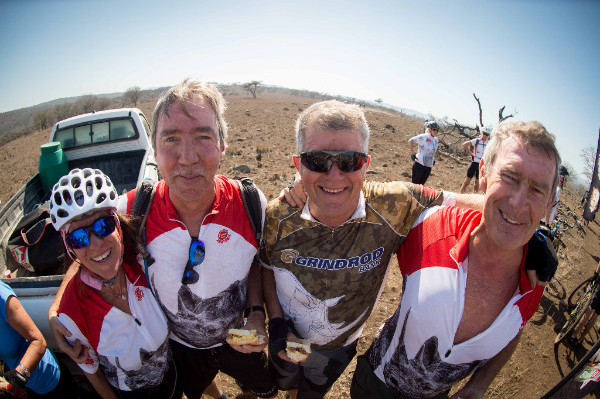 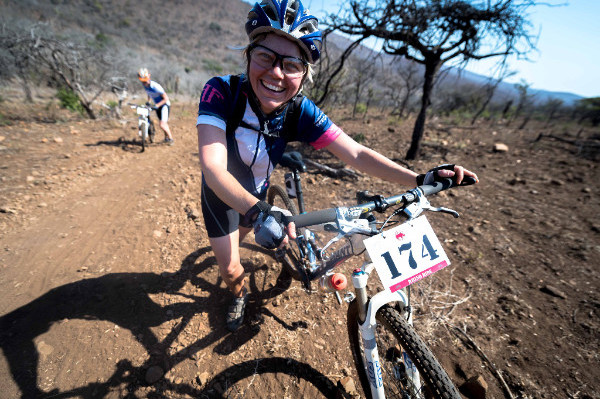