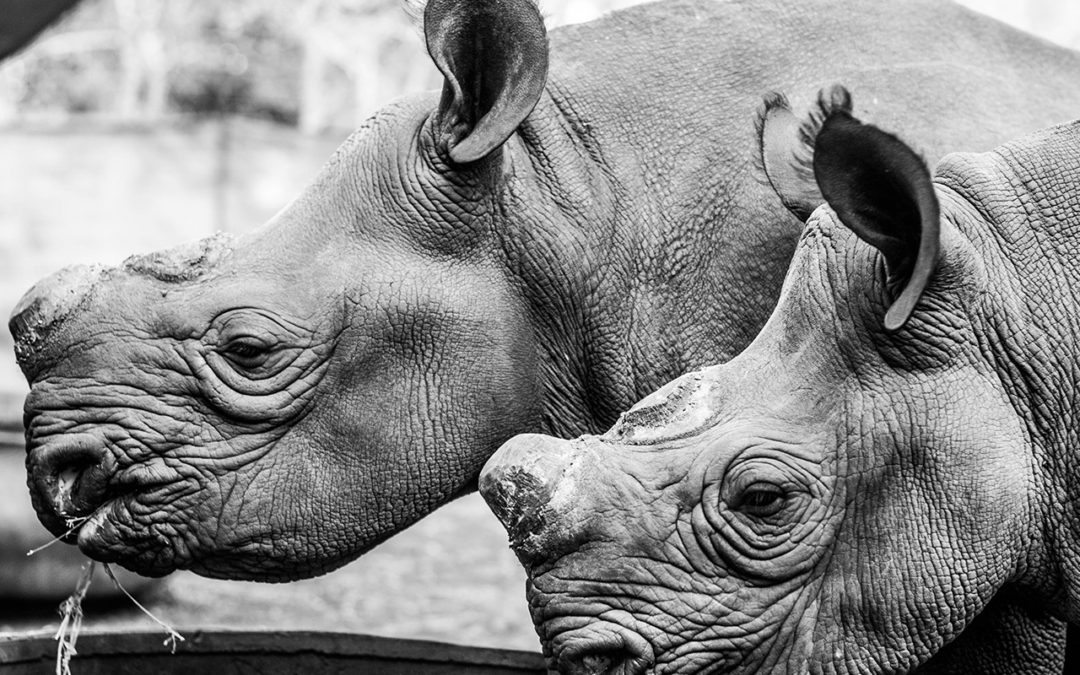 Nandi and Storm, Return to the wild

A TOUGH START TO LIFE
Nandi and Storm had a tough start in life, both losing their mothers at a very young age. Arriving at the orphanage within a month of each other in 2015, the two little orphans soon became inseparable and found comfort in each other.

Nandi, a tiny two-month-old female black rhino calf whose mother had been poached, was found in a very weak and dehydrated state. But she showed incredible spirit and put up a brave fight for survival. Gradually she settled in and started responding to expert nursing and care.

Tiny Storm, a two and half-month-old male black rhino calf, was found wandering alone in the bush in poor condition. But his journey to survival was only just beginning. A severe parasitic infestation resulting in aspiration pneumonia, along with nausea, lack of appetite and weight loss nearly cost him his life. After long hours and lots of intensive care Storm stabilized and started to gain weight.

Over time, their dedicated carers watched as they grew bigger and stronger, showing amazing character and will to survive and there was hope that they would eventually return to the wild, where they belong. 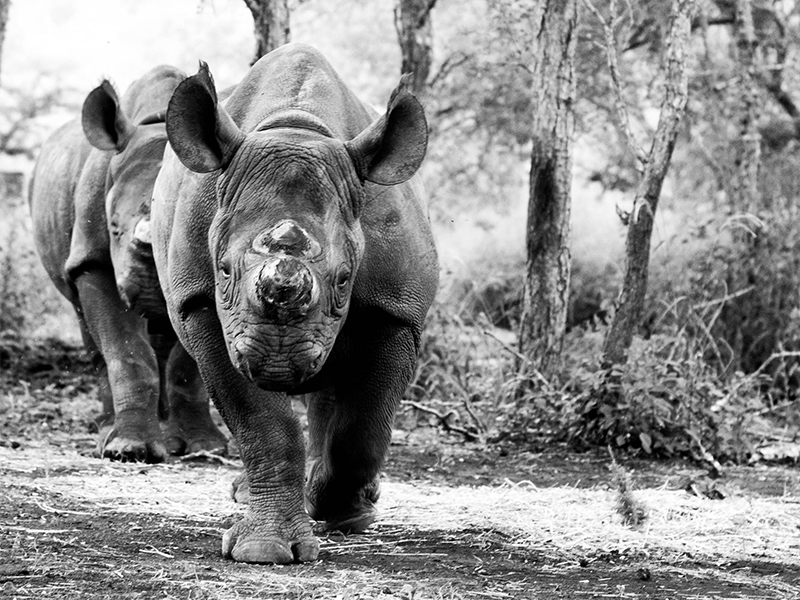 TO UNTHINKABLE TRAGEDY
Unbelievably, in February 2017, the orphanage suffered a brutal attack by rhino poachers. Two other little orphans were shot and killed for their horns and their carers assaulted. Nandi and Storm along with the other orphans who survived the attack needed to be moved to a safe location.

After the devastating attack, it took a while for them to settle into their new home and to learn to trust again. Their carers worked hard to comfort them and show them that they were safe. In time young Nandi and Storm became confident and loved their new home, a beautiful, natural enclosure which allowed them to browse freely and start their re-wilding journey.

FINALLY, A WILD RETURN
Just over a year later, the time had come for the 32-month-old orphans to return to the wild. They had come a long way, from tiny, vulnerable, scared little babies to healthy, confident, beautiful teenagers.

In May 2018 the gate between their boma and the game reserve was opened. The two rhinos were understandably nervous at first but after a few days of standing at the gap in the fence, they plucked up the courage and walked free. It was an extremely proud and emotional moment for us, their carers – their foster mothers. Our babies have left the nest!

CONTINUE TO MAKE A DIFFERENCE
Donations towards Nandi and Storm will continue to make a positive difference. We will continue to track and monitor both rhinos daily, as both have been fitted with foot collars, to see how they are adapting to their new environment. This will help to keep them as safe as possible from poachers and the threat from other rhinos in their new territory.

Monitoring them is incredibly important to ensure the long-term success of Nandi and Storm’s release and we thank all our supporters for their continued support and for being part of their exciting next chapter.