Once again, together with every cyclist, spectator, sponsor, helper, marshal and supporter, we have raised an unthinkable amount for Rhino Conservation! What an amazing achievement if we think back to the first Rhino Ride held in 2012 where we raised R132 000. We are extremely proud of how far this event has come since then and can honestly say we could not have done it without all the support we receive from you all, a HUGE Thank-YOU! 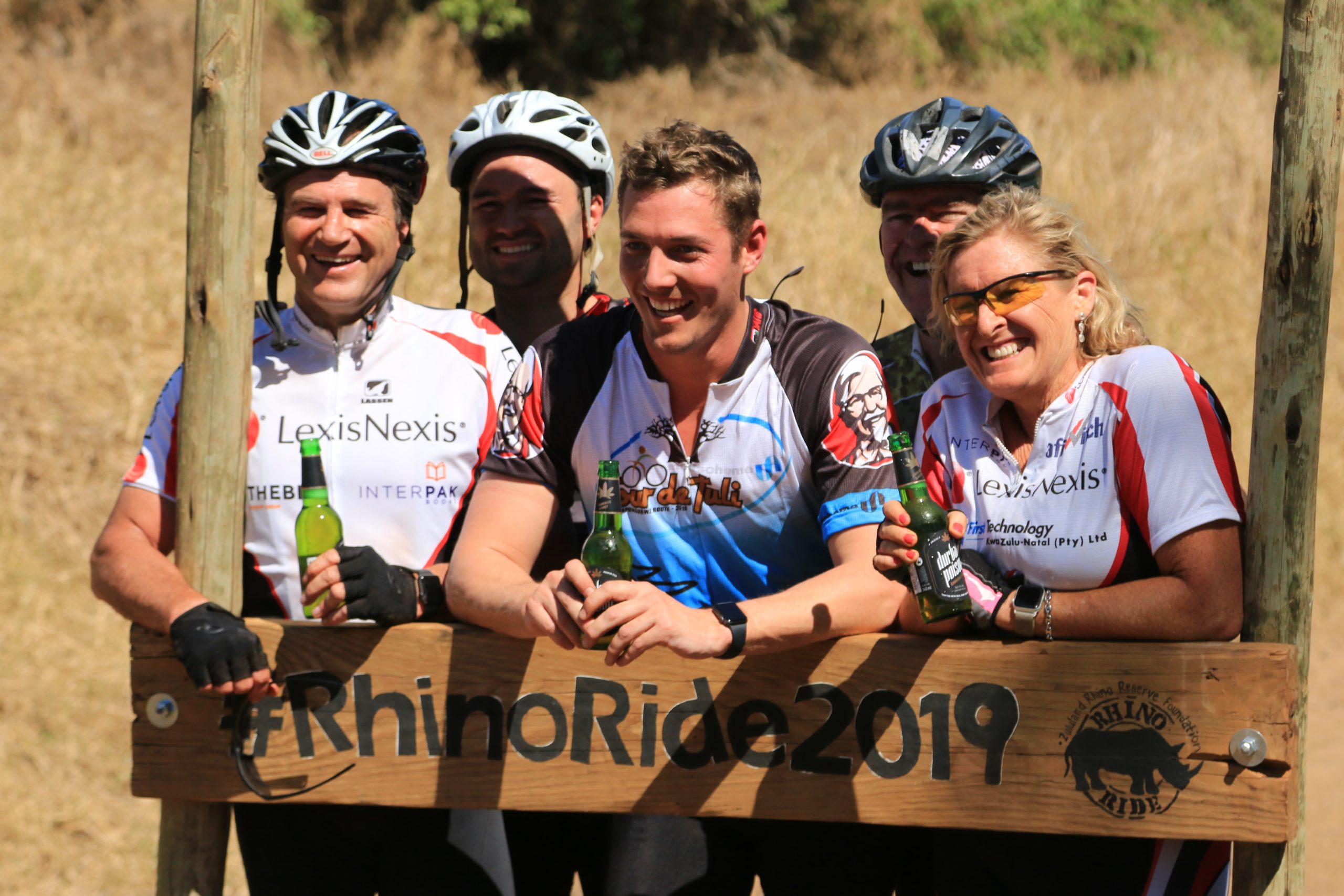 THANK-YOU TO OUR SPONSORS 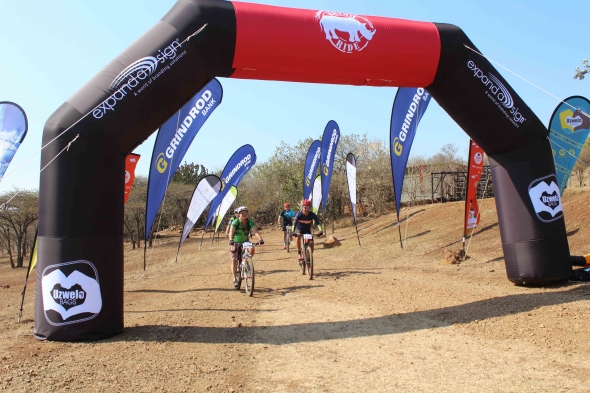 Each year we are blown away by the support we receive for the Rhino Ride, from the Manyoni Staff on the ground, various lodge staff and owners, strangers, who soon become friends, and of course the businesses both local and afar, thank-you for making our event possible and the success it has become.

Huge gratitude to our anchor sponsor and friends, Grindrod Bank, your support and encouragement over the years is hugely appreciated and we know that all the riders love to see what awaits them in their goodie bags. Your financial support makes the difference in the funds we are able to raise and without your support, both financial and through the guidance, we would not be where we are today.

This year cyclists were treated to a team of dedicated physios who volunteered their time and expertise over the weekend to ease sore & aching muscles, thank-you to longstanding Rhino Rider Candice Langford for the idea and for arranging the team of ladies who worked their magic, Chante, Bronwyn, Simone and Melody, we look forward to welcoming you all back to Manyoni next year! 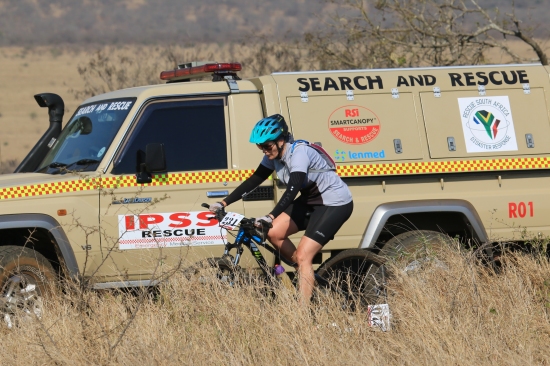 IPSS, our trusted medical team, had a great presence on route ensuring that the riders who took a tumble were well looked after, thank you for your professionalism and efficient work.
Keeping your bikes in working order was the amazing team from Republic SA, Tony & Andre weave their way back and forth between the cyclists on route mending bikes & ensuring cyclists can continue on through the bush, & not of course without a joke or two.
Joining us for their first year was the new team from Mkuze Spar, the breakfast was, as always delicious & great treat for the hungry cyclists on route, Thank-you to the team from Supatrade who assisted with the skottles and setup.

Rhino Tears joined us again this year ensuring we were all hydrated on the route and at the finish with cold beers, not to mention the delicious healthy alternatives of Sir Juice which was available over the weekend to quench and boost your thirst.
Wetlands Water was incredible, as always, providing us all with delicious drinking water throughout the weekend – with not a drop of rain seen for months & being in the midst of a drought this was a huge help. 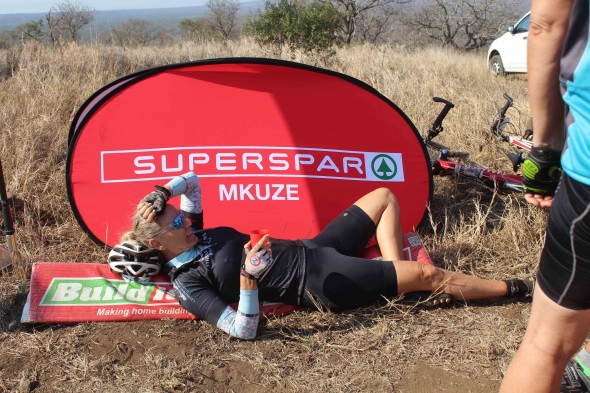 The beer stop that many indulged in was proudly sponsored by Poison City Brewery. This last watering point is fast becoming a favourite, beautifully set up in the shaded Msunduze riverbed, this stop welcomes hot and tired cyclists with an ice-cold brewskie – it’s no wonder many of you park off for a better part of your day here! This year saw all sorts of antics from sprints in the sand to down-downs. We are glad to report that everyone did make the 6km return to camp safely and in one piece! 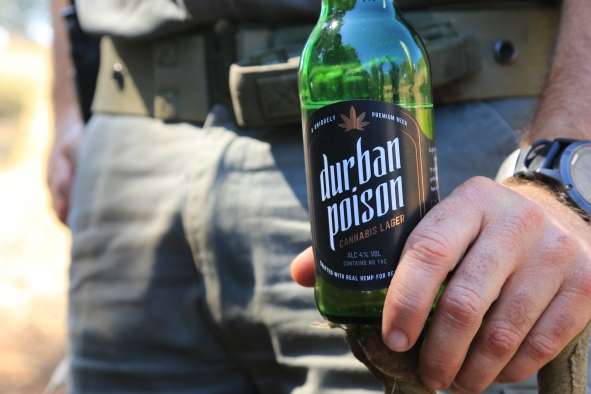 Accumulative auction benefits the metapopulation of Wild Dog in the KZN area! 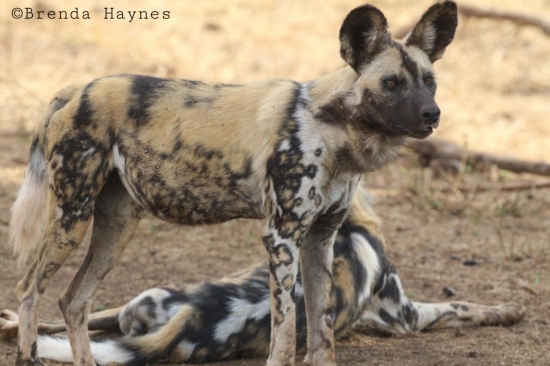 Each year we hold an accumulative auction to raise funds for a project outside of Rhino Conservation which is in need. This year we raised funds for our Painted Wolf Pack, during the event we told the story of Manyoni’s Painted Wolf pack, which has had a trying time of late with poacher’s snares resulting in the leg amputation from 2 of the 5 dogs in the pack. This resilient pack has not let the three-legged members fall behind nor slow them down, and the pack continues to thrive as a unit, successfully hunting and functioning as before.
The funds raised at the Rhino Ride have been used to fund the vet and helicopter bills in order to dart and capture the dogs for relocation.

Currently, we have 4 wild dogs in the Manyoni Boma, which are dispersal males from Hluhluwe Imfolozi Game Reserve (HIP) which we hope to bond with our females and reintroduce into Manyoni. Our current males will be bonded with females from Ithala and that new pack will then be relocated to HIP. These removals and introductions are a critical aspect of managing the metapopulation of Wild Dog in order to diversify genetics, manage dispersals and in general promote optimal population growth. Manyoni are still in the process of capturing the remaining animals in our pack, thus the funds raised at Rhino Ride have been crucial in funding this great conservation project!

Thank you to all those who pledged towards this project, with your help we were able to raise over Eighty-Nine Thousand Rand! 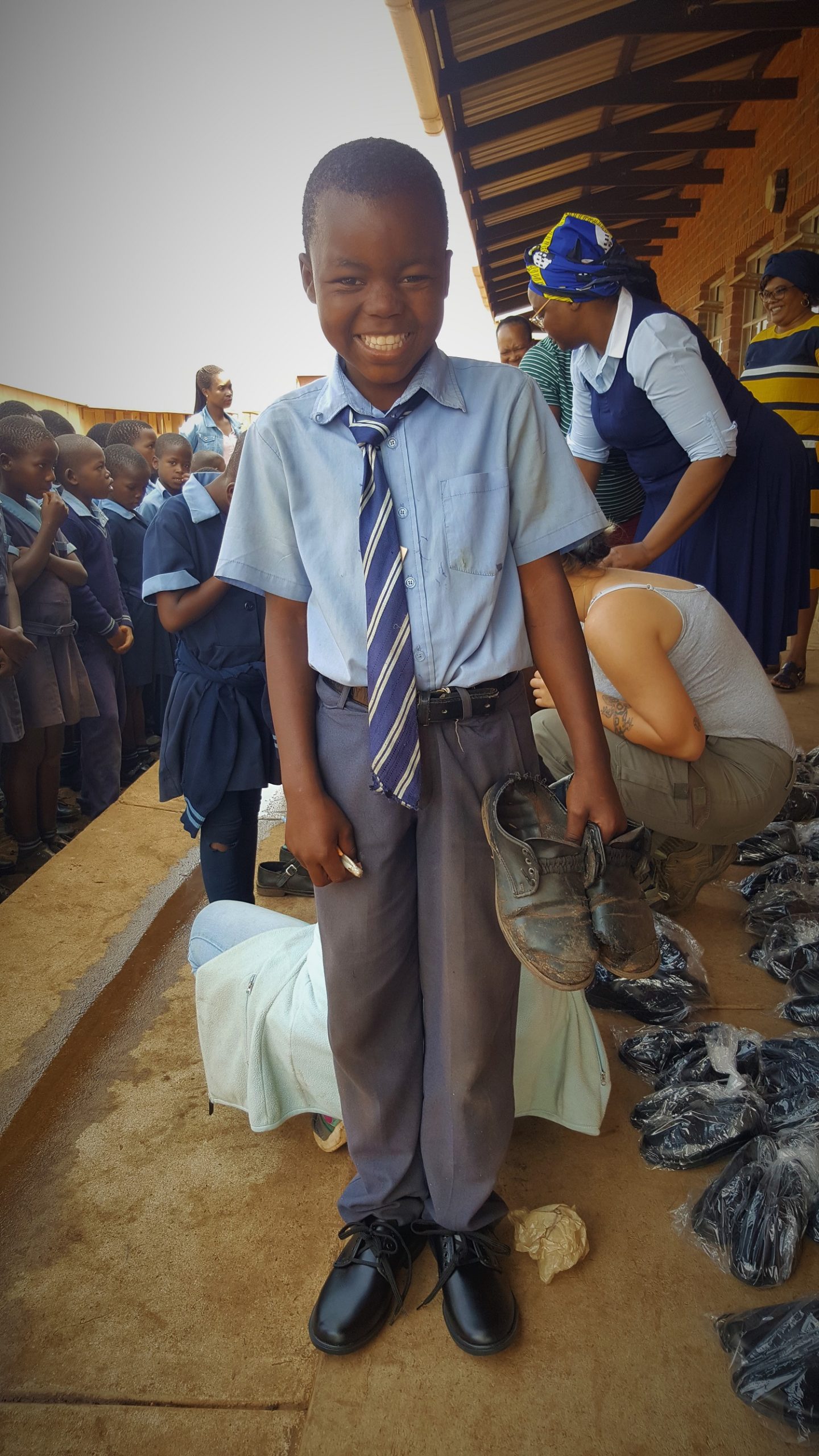 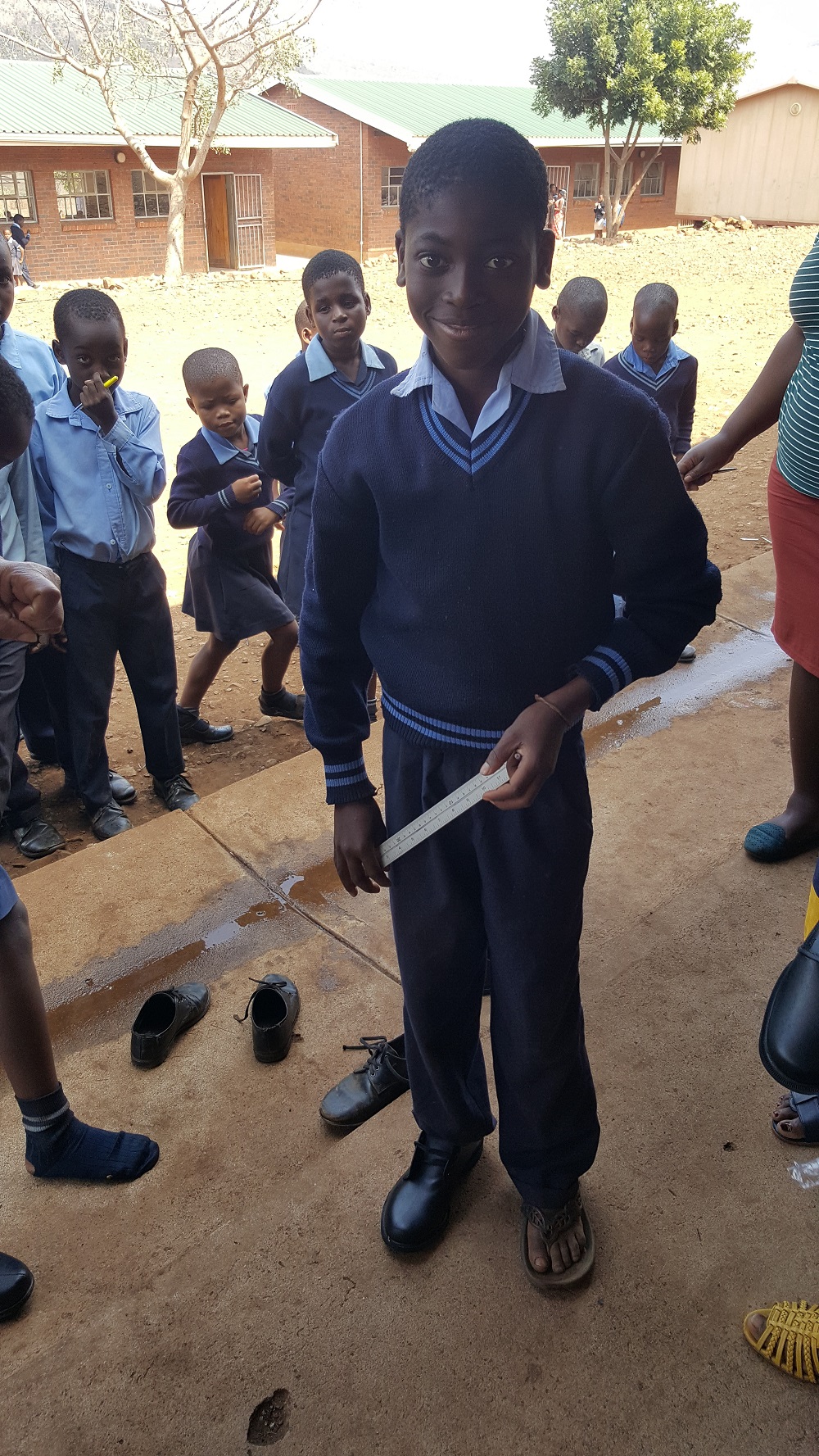 The School Shoe drive was a great success, and although we did not get to replace every battered shoe at Obani Primary School, we did, with your help, make a meaningful impact with over 100 shoes donated! Some of the children walk over 10km a day to get to and from school along stony dusty dirt roads and so their little shoes get worn down fast.

A big thanks to Jeremy Nel who donated a large majority of the school shoes collected at the event and to every other Rhino Rider who brought shoes along with them, thank-you.