0 Items
On the 19th December, we got a call from a private reserve to say that a rhino cow had been brutally poached and murdered and she had left behind a little 4-month-old calf who had been hacked 4 times with an axe while he was trying to protect her.

The little male calf was healthy but terrified and traumatized and in need of a home. Dr Trever Viljoen rushed to the scene to fetch the little calf. Whilst trying to dart him to relocate him the calf spooked and ran into the thickets.

When they found him again, he had found another rhino and was following her around. She, unfortunately, would not be able to look after him as she was not lactating and he was still too young to be without milk.

Dr Viljoen tried to dart him again but the thick, undulating vegetation made it too difficult to get close to the little calf and his new friend. They ran off deeper into the thick vegetation, so a helicopter from Heligistix was called into dart the little calf from the air.

We are happy to report that Bhanoyi is doing well and his wounds have healed completely. Initially, he was still very nervous and traumatized and called for his mom during the night. But with time, patience and comfort, Bhanoyi eventually settled into his new home. He is now an affectionate little character who has formed quite a bond with Makhosi! 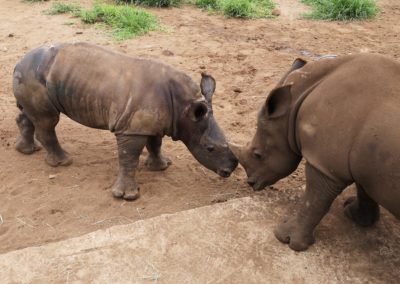 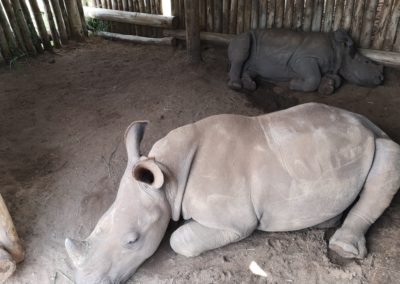 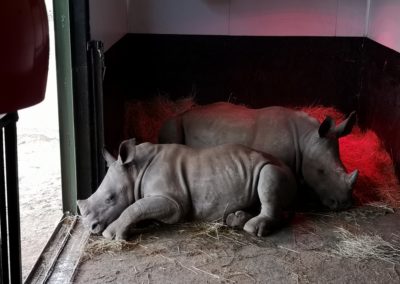 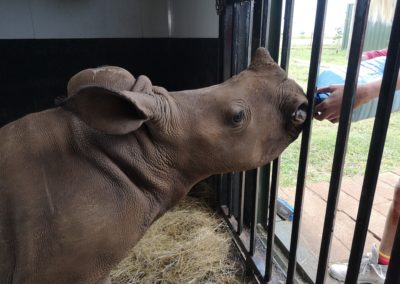 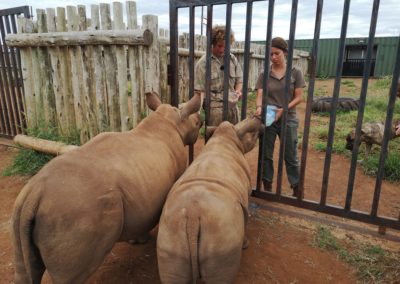 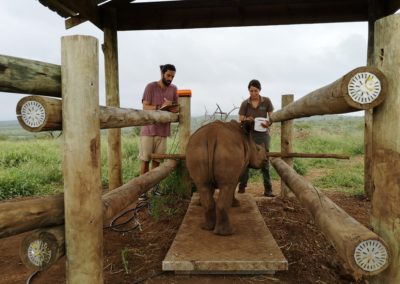 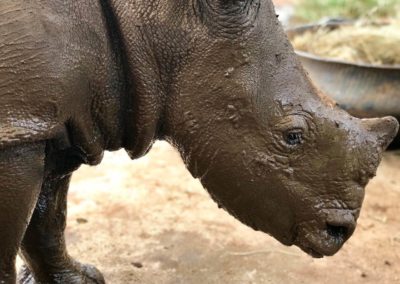 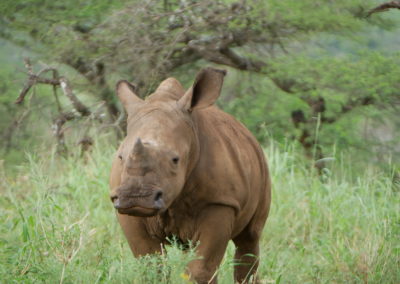 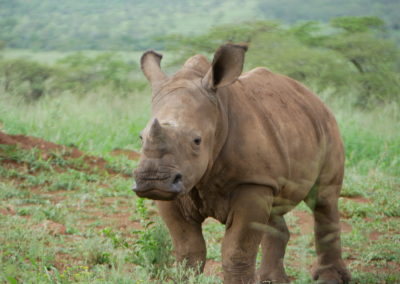 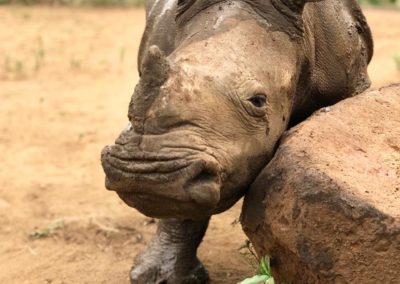 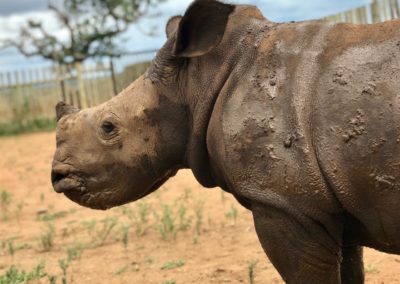 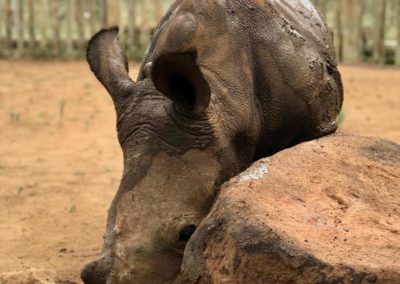