0 Items
Little Charlie was abandoned by his pod at just two days of age and rescued by EKZNW. On arrival at the Rhino Orphanage, it became apparent that the little hippo was probably premature, with a weak suck reflex and urine leaking through the umbilical cord. The only way to get him to start taking milk was to sit in a small portable pool with him.

The first few nights he needed constant care and monitoring. He loved being covered with a blanket and this seemed to make him feel more secure. Hippo has milk that is high in fat and concentrated so he received full cream milk enriched with egg yolks and mineral and vitamin supplements for his first few weeks.

Right from the start, hippo Charlie had a big personality and responded well to care, rapidly regaining strength and appetite. The urinary issue resolved without intervention and surgery was avoided.

For a hippo, Charlie was surprisingly hydrophobic and didn’t enjoy large water areas or pools – possibly related to the stress and trauma of being abandoned in the water. And he does love being sprayed with a hosepipe. Hippos are more intelligent than people realize and Charlie is an absolute clown, playing, running around with his mouth open.

At two weeks, Charlie was joined by little rhino Mahkosi, and the two became close companions providing comfort to one another in the early days.

We are happy to announce that we have located a young female hippo as a companion for Charlie which is an important step in ensuring he can be released back into the wild. Unfortunately, male hippo calves are difficult to introduce to existing pods and are often attacked by dominant bulls so Charlie and his companion will need to start a pod of their own.

Currently, Charlie is enjoying his new boma with his new girlfriend and she’s teaching him all the tricks of the trade of being a hippo, especially the importance of living an aquatic existence! 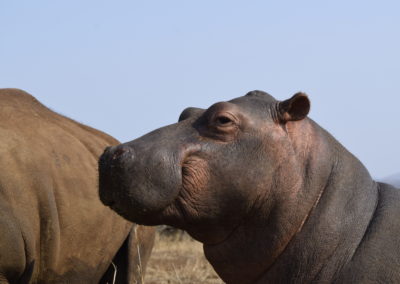 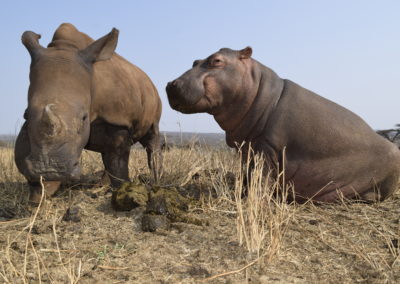 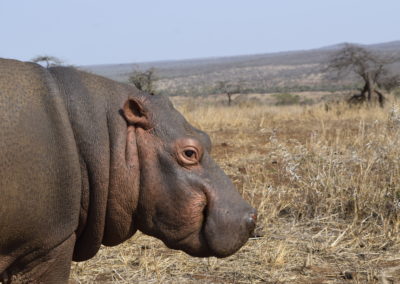 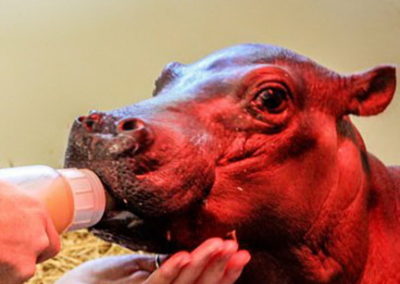 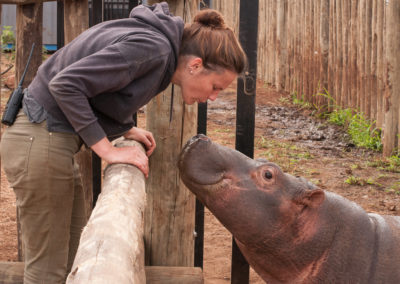 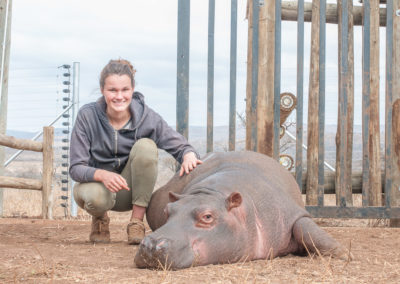 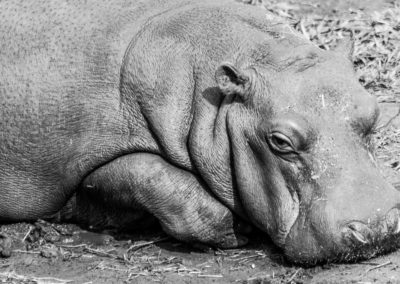 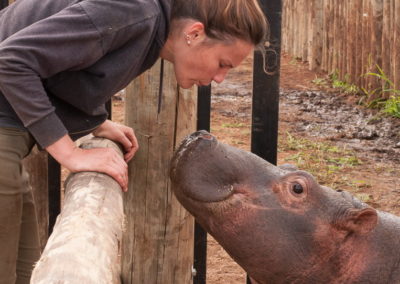 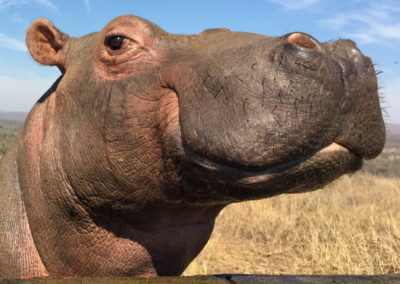 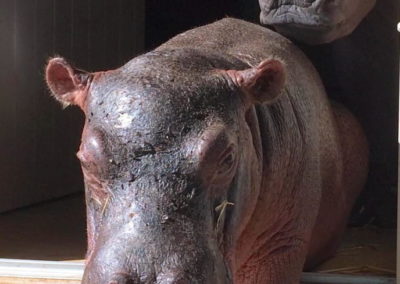 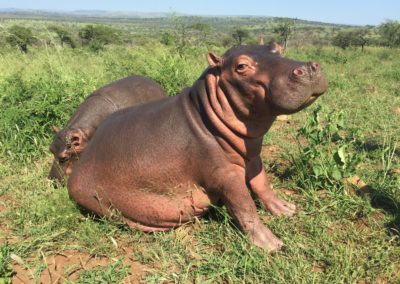 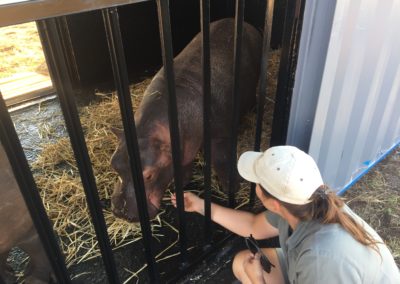 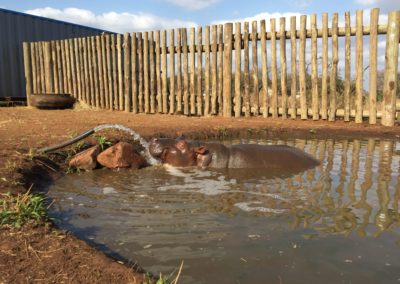 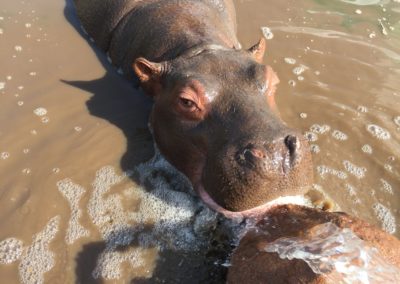 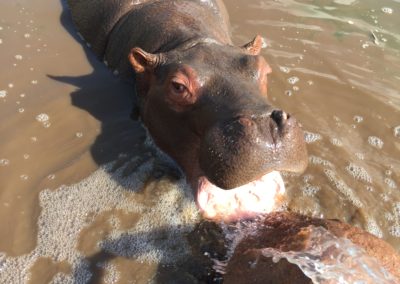 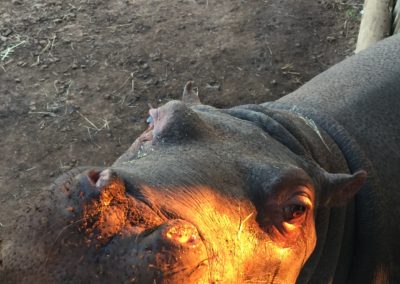 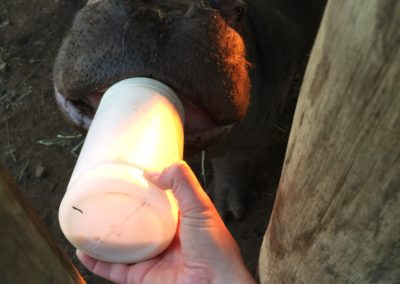 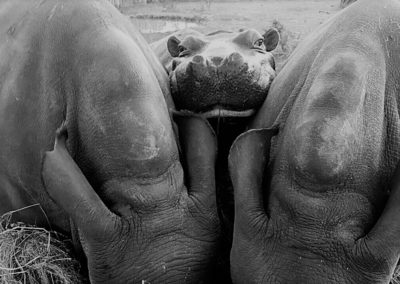 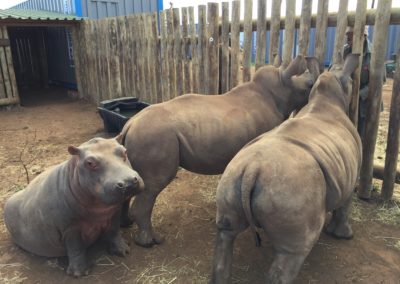 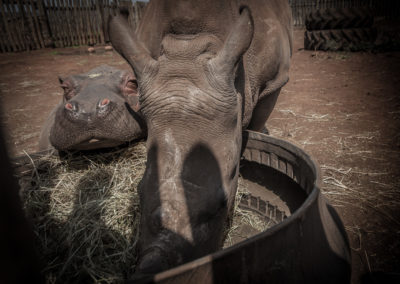 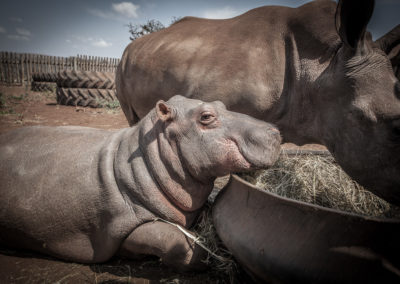 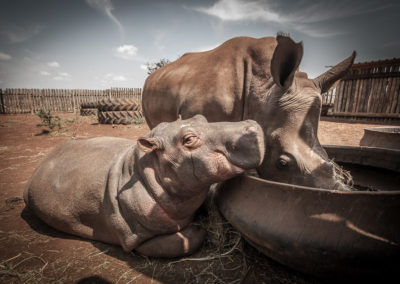 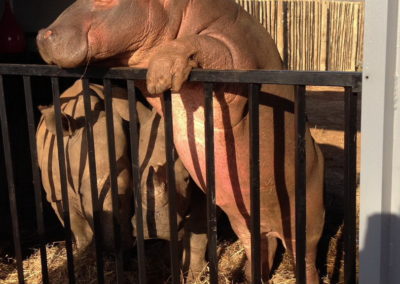 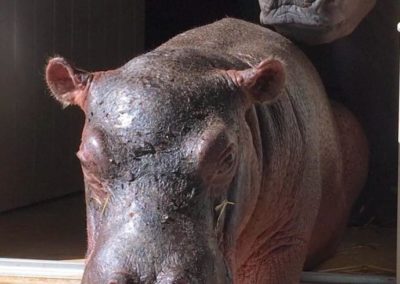