0 Items
This tiny little 2 day old female white rhino calf was rescued when it was noticed that at two days after her birth, her weight dropped dramatically, and she was noticeably weaker. With careful monitoring, it was determined that Mahkosi was so small that she unable to suckle from her mother and without human intervention would not survive.

She was captured and transported to the Rhino Orphanage (Not ZRO). En route, the team had to stop at a garage in Pongola to stabilise the calf. As we were busy setting up drips in the back of the vet’s vehicle, we were approached by the Zulu Royal family who just happened to be there at the same time as us. After expressing interest in the calf, and hearing her story, Queen Zwelethini named and blessed Makhosi in the name of the Zulu Royal family, and in the fight against rhino poaching.

Mahkosi was a very small rhino with many health issues and is believed to be a ‘drought baby’. KwaZulu-Natal did experience a bad drought for 2 years. During a severe drought, the placenta may provide inadequate nutrition to the growing foetus and the calf may be born small and with some health challenges. But with the correct and careful nursing and care, these calves can survive and thrive. In a poaching crisis, when numbers are dropping, every calf counts.

On arrival Mahkosi was put into the same room as hippo Charlie but with a barrier between the two. By 3am Mahkosi still hadn’t settled, so we took a chance and took down the barrier. Mahkosi walked straight over to Charlie, they touched noses, lay down together and formed a near inseparable bond.

In those early days, they provided each other with much-needed comfort and companionship. But now that they are older they have been paired with their own species so they can learn to adapt to a wild environment surrounded by their own kind. 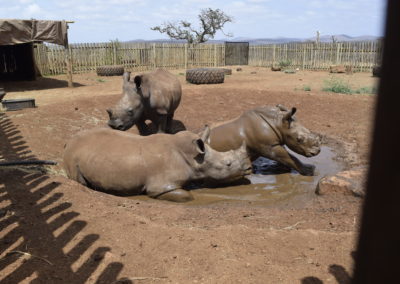 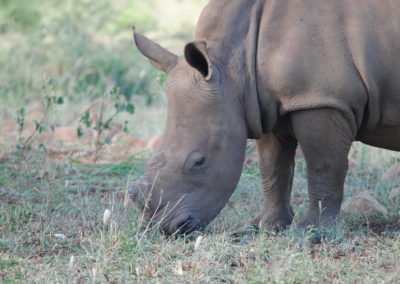 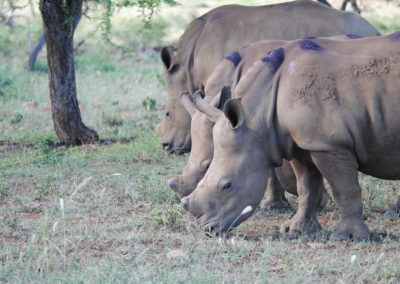 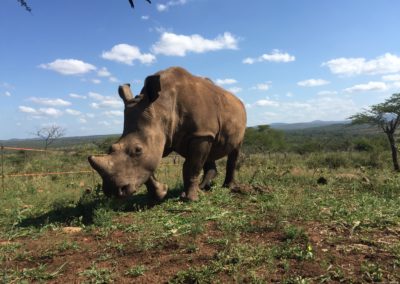 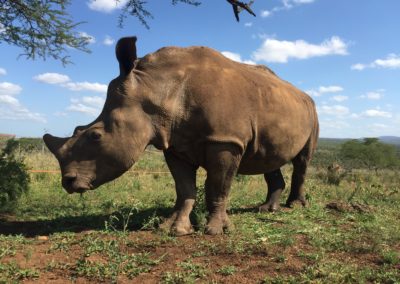 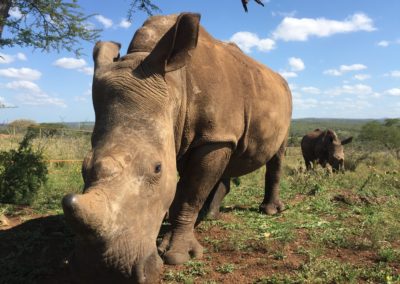 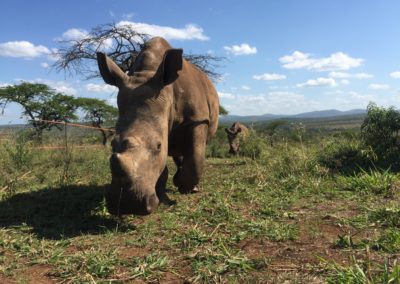 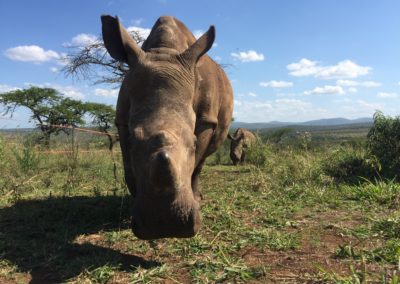 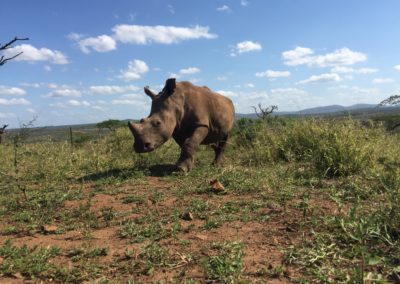 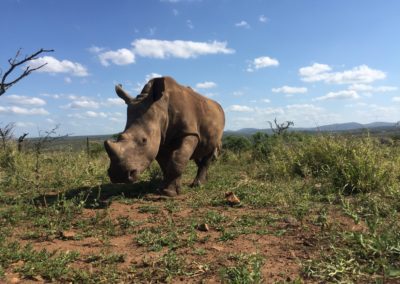 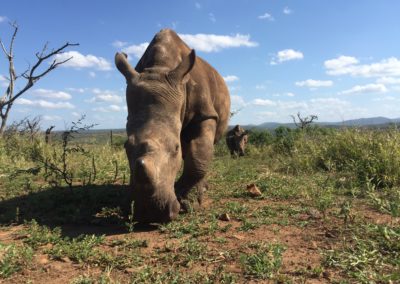 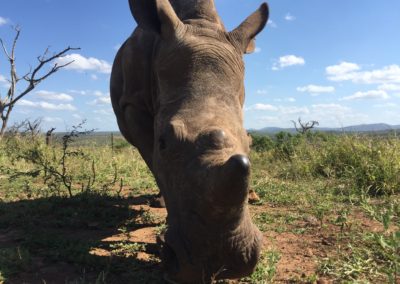 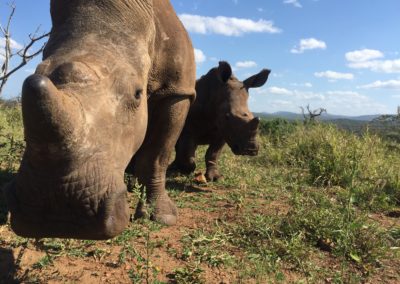 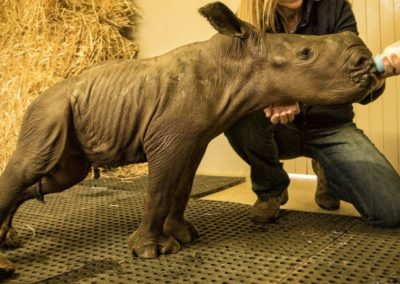 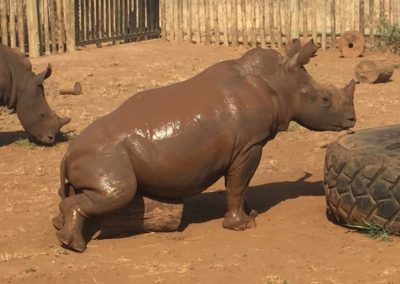 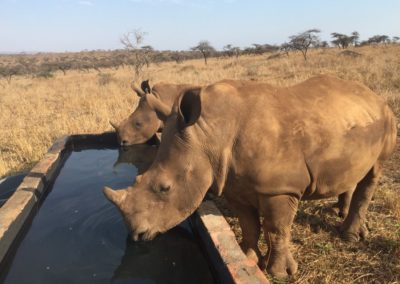