0 Items
On the morning of 14 January 2020, we got a call to say that a 7-8 month old white rhino female calf was on its way to the Orphanage. We quickly began setting up to welcome the new arrival, anxious to see what condition she would be in as we did not yet know her story.

On arrival, the calf was very small for her age but we soon came to realise she had a lot of fight in her. We were told that the night before a white rhino cow with a calf was seen fighting with an elephant. The next morning the cow was found dead and the calf was spotted drinking at a nearby watering hole with a rhino bull. An autopsy was done on the adult cow and it was discovered that the mother had passed due to septicaemia from an old wound. We then realised the small size of the calf was most likely due to the mom producing less and less milk as she got weaker and weaker.

Luckily the little calf took to eating grass straight away – though she took over a month to accept milk! From day one this precious calf showed purpose. She immediately wanted to get closer to the other orphans and spend her time with rhinos rather than people. Due to the determination she showed and that of her dedicated careers we decided to name her Zimisele (Zimi for short) which means determined or determination in Zulu.

We are happy to report that Zimi is fitting in beautifully with our rhino Crash. She is also never far from Khula and Bhanoyi, and she is loving her milk! Although she is still not accepting a bottle she is drinking around 20 litres of milk throughout the day out of a plastic dish. 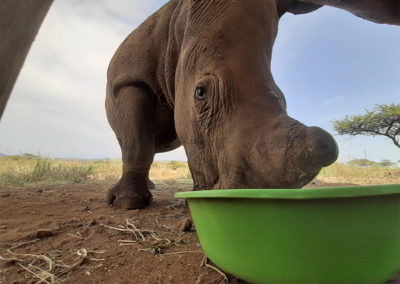 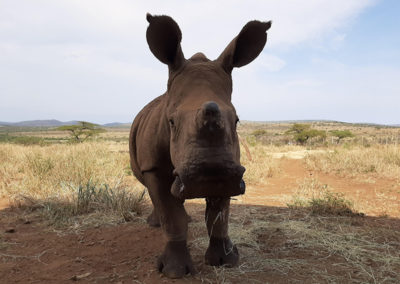 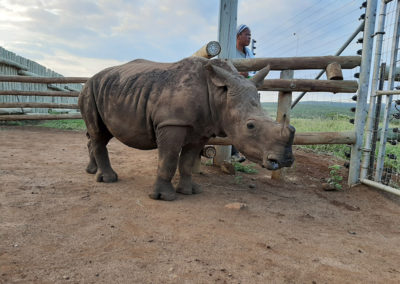 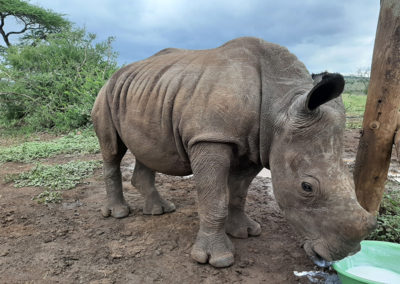 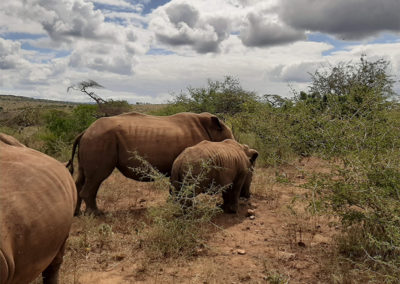 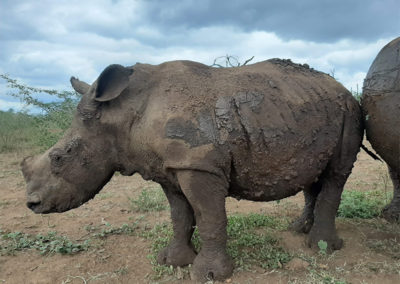 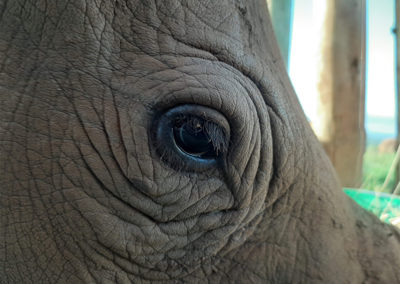 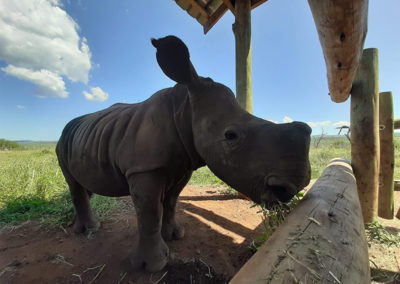 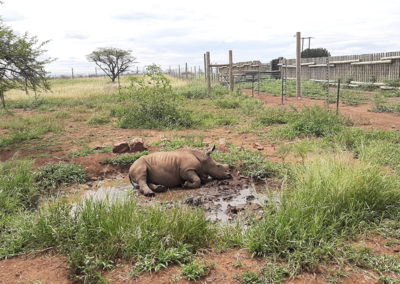