0 Items
Formerly known as the African Wild Dog, the name Painted Wolf has been given to these incredible animals to evoke a feeling of their importance and vulnerability of extinction. With only 6600 left in Africa, it is crucial that we apply pressure on the significance of protecting this species.

Manyoni Private Game Reserve received their first pack of Painted Wolves in 2016 and we have had quite the journey since. Starting off with a strong pack of 6, Manyoni serves as the perfect release reserve for this endangered carnivore. They have not had it easy, and pack members have been lost to predators and we have had to amputate legs due to snares. Throughout the years ZCT has continued to donate funds towards the vet bills and equipment fees that they have endured.

At the annual Rhino Ride cycle fundraiser, we hold an accumulative auction to raise funds for a project outside of Rhino Conservation which is in need. This year we raised funds for our Painted Wolf Pack, during the event we told the story of Manyoni’s Painted Wolf pack, which had a trying time with poacher’s snares resulting in the leg amputation from 2 of the 5 dogs in the pack. This resilient pack did not let the three-legged members fall behind nor slow them down, and the pack continues to thrive as a unit, successfully hunting and functioning as before.

The funds raised at the Rhino Ride were used to fund the vet and helicopter bills in order to dart and capture the dogs for relocation.

At the end of 2019, the Manyoni males were bonded with females from Ithala and that new pack was relocated to HIP. Manyoni successfully captured their female dogs, and placed them into a boma with 4 dispersal males from Hluhluwe Imfolozi Game Reserve (HIP) which bonded successfully and were released onto Manyoni on the 25th January 2020. We invited the local leaders of the communities that surround Manyoni to the release of the wild dogs. This was a great opportunity to educate our leaders about the conservation of this endangered species, as well as a great time to enter into conversations about human wildlife conflict and who to contact in the case of a wild animal escaping the reserve. The meeting was hugely successful, and the community named the new pack Siyavikela, meaning ‘we will protect’.

These removals and introductions are a critical aspect of managing the metapopulation of wild dog in order to diversify genetics, manage dispersals and in general promote optimal population growth.

Thank you to all those who pledged towards this project, with your help we were able to raise over Eighty-Nine Thousand Rand! 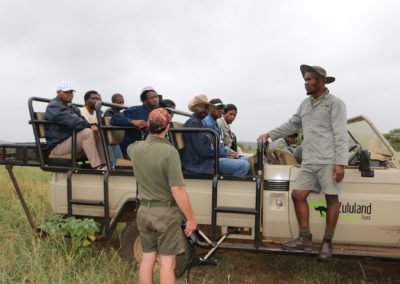 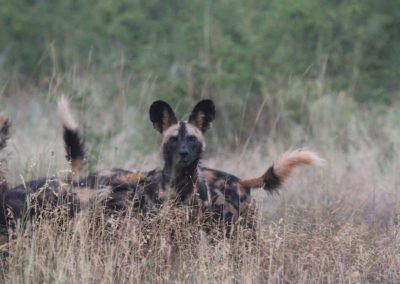 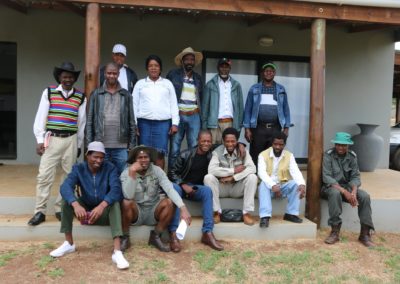 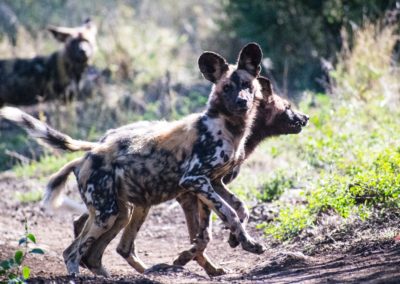